The House is ready! At least the wooden/bamboo parts, and we're excited because we did a really beautiful job: 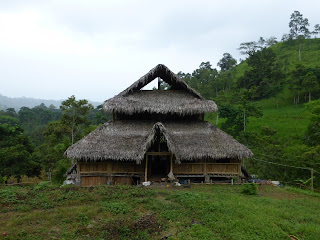 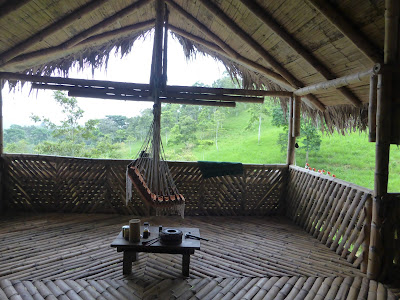 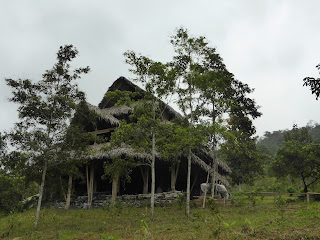 We still have to finance the bathroom, toilet and laundry-blocks, which will be constructed with bricks and concrete.
Until then, we'll manage with provisory traditional systems (shower, latrine, sink). 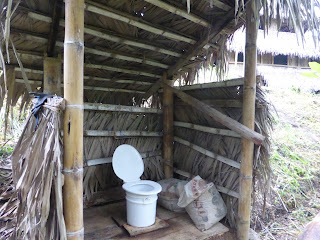 
During the planting campaign, we have advanced with 6000 coffee bushes, 400 cacao trees, 400 various fruit trees and 400 native-species trees.

We have received from the State a 1200m3 water reservoir for irrigation and a basic drip irrigation system that covers 10 % of the land to cultivate.The rest still needs to be financed. 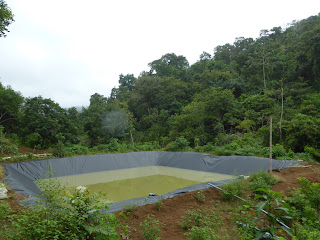 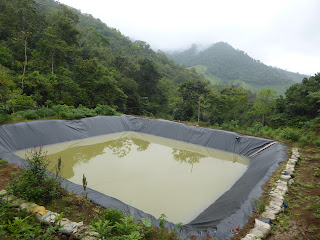 Fortunately, we are in the early stages of the El Niño phenomenon, which is bringing mild rains at an unusual time of the year.
These rains are being a great help to our little plants.

From September on a family will be living at the site, taking charge of the organization and coordination of the project. 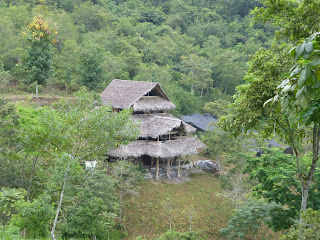 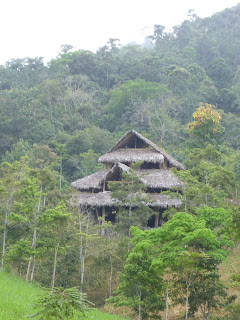 A first group of volunteers will prepare in October the new December-January planting season in which we plan to complete the agricultural area with more bushes and trees, and to start growing endemic tree species (timber) that will be provided by the local government of the Canton Jama to support forest conservation and regeneration projects being developed.

We have also received the great news that the Camarones River Basin will be declared Provincial Protected Area, which will give us legal protection and concrete support in saplings and medium-term funding .

In August we will be conducting our regular summer-program with a group of foreign visitors and local participants. In September we will have events on the weekends of the 4th. and the 18th.
The Regular Winter Program will be held from the 5th till January 31st. Specific information about the program: bolainfojourneys@gmail.com